(September 29, 2016 )
On Monday, The Globe and Mail shared with Canadians that Scotiabank and the BMO planned to adjust their underwriting requirements for foreign buyers applying for mortgage loans. In light of the information rolling out of Toronto and Vancouver about the number of foreign buyers with little accountability for where the money was coming from, two of the five major financial institutions have taken it upon themselves to try to shore up the problem from the inside out with changes to their mortgage rules. 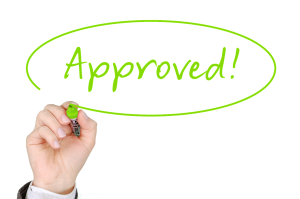 Two of the five financial institutions are implementing changes to their underwriting policy in regards to foreign buyers.
Prior to these changes, foreign buyers had less stringent application processes than Canadians do, including documents required for income verification. According to a different article in the Globe and Mail on September 15, 2016, nine students with no verifiable income were able to purchase over $50-million worth of single-family homes in Vancouver’s prestigious Point Grey neighbourhood. The average Canadian would have to have provided an income letter plus recent paystubs if they worked a salaried job, and if they were self-employed, the underwriter would require a myriad of tax records and financial statements.
Canada’s finance minister, Bill Morneau, is “pleased to see some Canadian banks tightening lending restrictions.” But is it enough?

The changes to mortgage rules are steps in the right direction, but are they coming too late? It’s important that the financial institutions try to mitigate their risks, just the same as they would with any Canadian resident application; however, is the damage already done? Are we in a holding pattern now to see what happens to these incredible purchases?

The fury seems to have abated a small amount, and perhaps these changes to mortgage documentation will help continue to stabilize the market, but it’s arguable that the money is already here and there isn’t much to stop that pipeline now.

What are your thoughts on the new mortgage changes?